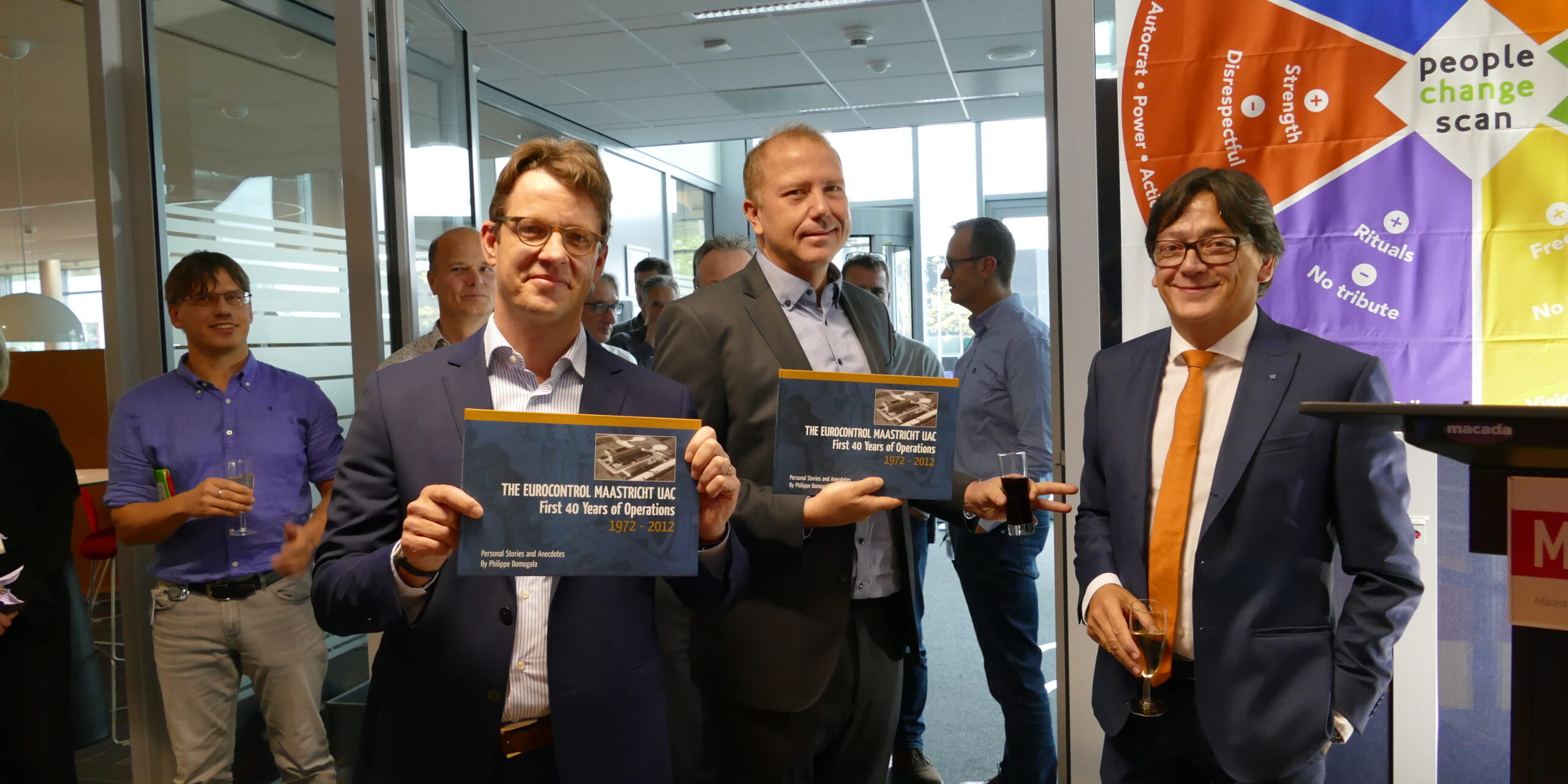 Changing the future at MUAC

Maastricht Upper Area Control Centre (MUAC) manages the upper airspace between 24,500 and 66,000 feet over Belgium, the Netherlands, Luxembourg and north-west Germany. It is one of Europe’s busiest and most complex airspace areas. It is also one of the best performing and cost-effective air navigation service providers in Europe, and the only cross-border civil-military one.

John Santurbano joined EUROCONTROL as the director of MUAC in October 2017 and decided to create cultural change and define core values that will long outlast his mandate.

John Santurbano discovered that MUAC’s innovative reputation and organisational efficiency was suffering as the result of a lack of confidence in leadership, exacerbated by sub-optimal organisation and occasional doubts amongst the leadership in MUAC. His conviction that changes were needed at board and senior management level if MUAC was to be reinvigorated, was borne out of the results of a staff engagement survey pointing to challenges in the areas of leadership and line management, talent management and innovation. Employees indicated that the vision could be improved, with management sometimes reacting at too slow a pace when it came to implementing new ideas. Additionally, it was apparent that not many people believed MUAC to be environmentally responsible in the workplace.

“These were the staff perceptions, but I believe that perception reflects reality and I was convinced that we should do something about it,” says Chief Executive Officer John Santurbano.

He embarked on a reorganisation to improve the managerial structures and skills and bring about a cultural change in attitudes and staff engagement that would trickle through MUAC from the top down and stimulate innovation.

John Santurbano started by turning to People Change, a leadership and business transformation consultancy, to help him improve the MUAC board. A series of individual interviews with board members, encouraged to say what they thought, led to a collective meeting where everyone was told what the others were thinking about them. This “brutal honesty” approach succeeded in breaking down barriers, and a new board emerged which John Santurbano says is truly an efficient team of people, more connected with each other and more communicative, therefore more open to change.

“One of the drivers for change was efficiency in decision making, and that has definitely become more effective,” says Chief Operating Officer Niels Lokman.

MUAC is a highly technical organisation and its staff a mixture of highly-skilled air traffic controllers, engineers and other specialists from 31 nations. However, the human element was often missing and so-called “soft skills” were less developed. Niels Lokman agrees there was room for improvement. “There was an element of people not being transparent about issues because there was a fear of repercussions if they made mistakes,” he explains.

Niels Lokman is part of a diverse group of MUAC staff in the Engagement and Innovation team set up by John Santurbano to focus on personal development and drive MUAC’s cultural change. “It is a different way of working, more transparent, naming problems as they occur and putting them on the table in order to discuss solutions,” says Niels Lokman.”We have come closer to the situation that people no longer feel attacked if someone else has an opinion about their area of responsibility and these are the kinds of principles we are trying to expand to the entire organisation.”

The new head of strategy and performance management, Christopher Jeeves, points to “a seismic change throughout the organisation.

“We now have a director who is extremely focused on the people side of things and the big change we have achieved is a reorganisation and restructuring at the management level. The net result has been a shift in terms of positivity, inclusion, the way we work together and openness of communication,” says Christopher Jeeves. “And you see positive results wherever you go as the message trickles down: communication between people is better, meetings are better – even in times of COVID with people working at home, it just seems to work.”

Structural change at MUAC has left personnel feeling more comfortable with decision-making, according to professional development and performance expert Natalie Van Gorp, not only because decisions are made collaboratively but also because information previously shared only at the top is now shared throughout the organisation. “There’s more transparency and clarity than before,” she says.

Human factors manager Marinella Leone says that many employees perceive a shift of energy in the organisation and that they showed increased resilience, especially during the coronavirus pandemic. “We made it acceptable to be supported, to ask for help, to work together, to tell each other what we think,” she says. “A team can build anything and MUAC is a team that performs extremely well now because we can tell each other things, how we feel and what we need.”

Marinella Leone and communication officer Csilla Szabo have been instrumental in creating awareness of DIRECT, a new set of core values sponsored by John Santurbano to guide staff towards understanding what they want from the culture and how it can be improved further. Rolled out in January 2021, the title is made up of the initial letters of each of the values – Diversity & inclusion, Integrity, Responsibility, Excellence, Courage for growth and resilience, and Teamwork – and each one comes with a pledge.

Niels Lokman maintains it will take time for cultural change to be structurally embedded in the way people work, although John Santurbano is adamant the new culture is here to stay.

“All the departments work together and people are happy to engage” he says. We have less demotivation, disputes or grievances. And the beauty of all this, is that you feel good and proud to work for MUAC.”

There are tangible results:

Niels Lokman adds: “I definitely see an improvement and more active involvement and concern for engagement with regard to the well-being of staff and the way and the way we communicate our values and how they are applied between teams, starting at the managerial level from the top down”

In terms of the on-site environmental issues, MUAC introduced charging stations for electric cars, encourages cycling to work, reinforced targets to reduce electricity and consumption, replaced water in plastic bottles with glass jugs of tap water meetings, and introduced biodegradable disposable cups and stirrers to replace plastic and crockery. During the COVID-19 pandemic, teleworking for office staff proved efficient and is expected to generate notable environmental benefits. It is also likely to be continued in some form or other when the pandemic is over. The Maastricht Environment Group (MEG) was established in January 2020 to look at further ways of improving the environmental impact of MUAC’s operations, the MUAC building and staff activities. John Santurbano was also appointed Champion CEO of the FABEC (Functional Airspace Block Europe Central) Environment Standing Committee in March 2020.

This article is from ‘Seeds of Change, enhancing leadership and implementing cultural change at the Maastricht Upper Area Control Centre’ by EUROCONTROL and is reproduced with permission. Part 2 will follow in June 2022.