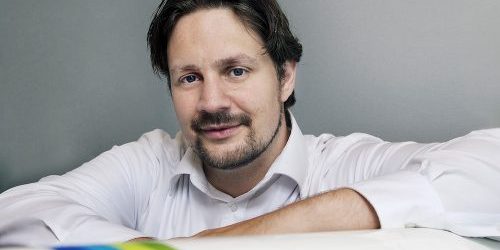 How do you make 1700 people customer-focused?

Insight: facts do not change people

“The colleague who spoke before me got more done in one meeting than I did in three months. How was that possible? I had done all my homework, everything was right. But suddenly I saw it: you can’t get a result on content alone. I provided solutions that were actually well-founded, but the people in the organisation were not ready for them.”

In 2010 Daan Noordeloos was hired by Transavia to further develop the customer experience and to implement the renewed customer strategy. Making 1700 people customer-focused, so that the 50-year-old Transavia will be successful for another 50 years. 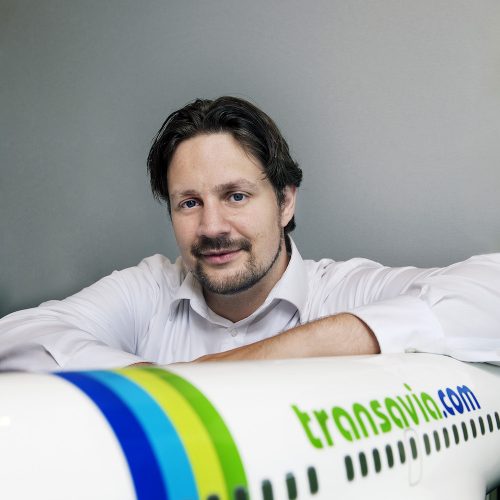 “It is relatively easy to think of what needs to be done differently, I discovered, but it is very complex to get the entire organisation involved in that thinking and to get the implementation done. The challenge was to bridge the knowing-doing gap; the gap between insight and implementation. I tried to change people in the way I understood; Daan’s solution for a department in which Daan did not work. The people were enthusiastic because of their collegiality and benevolence, but I didn’t get a result.

I remembered People Change from my previous job and I started talking to them about behaviour, culture and connection within the organisation from the point of view of value systems.

I am fascinated by complex systems and I want to learn how to bring about change in an organisation, because I believe that is the most important competence. It is my personal ambition to learn how to guide this complex change.

The most important success factor in an organization is the ability to change with what the circumstances of the market demand. Change goes at a different pace and has a different impact than before, which is especially complex for large organisations. And if it is difficult, I like it.

A hammer does not fit to a screw

In order to get people moving to implement the plan, you often use the most obvious means in your organisation. In this you are a slave to your own thoughts: you only look at what is already in your toolbox; if you have a hammer, your problem is a nail. But as Einstein said: ‘We cannot solve our problems with the same thinking we used when we created them’.

People didn’t have to adapt, but I did!

I had mainly focused on the dot on the horizon and properly figured out what had to be done.

“But did you take the people with you,” asked Rogier of People Change.

“But did you take them with you?”

From our previous contact I had an understanding of the value systems.

At that moment I understood that the employees and I speak very different languages. Instead of learning their language, I started shouting louder and louder in my own language. They didn’t have to adapt, but I did! Because I was the cause of confusion.

Always start with the human side

In order to change the entire organisation, I first had to know where the organisation was at that moment. If you want to go to Rome, it makes a difference whether you are leaving Moscow or Amsterdam.

With the People Change Scan we then determined where everyone in the organization was, whether the people were able to execute the plans and whether it was within their natural talents and abilities to do what we asked of them. How can we organize the change so that people can follow the process and stay tuned in?

That’s where my own development started. After the conversation with Rogier I drove home with the feeling that I could have saved four years by not starting with myself, but with the employees. If you ask me what I would have done differently, I say: “Always start with the human side.”

The fundamental question in your strategy is not only ‘what is needed’, but also ‘what is our starting point? All 1700 people have to change to realise that and that implies that we have to know if everyone can handle it and if everyone wants it.

If I had to understand the beliefs and talents of all 1700 employees, I would have had to get to know them all personally. Now 500 people have made the People Change Scan in a short time and we already have a better understanding of the preferences that exist. Our insight to build a successful change program has increased tremendously and it now forms the basis for our strategy. The next step is to let those other 1200 people make the scan as well.

My conviction is that people only change if they want to and you can see that with the scan. At most, we can create the right conditions for the changes to happen.

Cultivate what is already going well

Colleagues have dared to be very vulnerable based on the confidence that we will find the solution and that we will get better, sometimes even with other work.

For example, we had a cabin attendant with physical complaints. For eight years, she was always incredibly good at taking care of others, both passengers and colleagues. Not exactly someone with resistance. She didn’t even have to ask for help for her own pain. She had accepted that that was part of it. But with the People Change System we found out and gave her the assignment to look for help. Then it turned out that with the help of a specialist her pain had disappeared in a few weeks. She transformed in a short time before our eyes. Because she learned to help herself, she could help her colleagues to help herself as well. The pleasure she has in her work and her effectiveness have increased enormously.

If this happens to 1700 people, what would our organisation look like? Then you get a very strong company that continuously improves itself, no strategy can beat that. That’s what transforming is all about: cultivating what’s already going well.

Based on the insights from the People Change Scan, we will design and implement the change programme using the People Change System. This will allow us to guide pilot groups and run the change programme. This is not immediately possible, but people are now embracing the change and we see a true transformation: people are more happy with their work and have become better at it. Now we are on our way to the implementation phase and are using these experiences with the pilot group to learn how we at Transavia can best organise a change on a large scale.

I have learned that organisational change starts with myself. I always ask the question: what is the situation in which I find myself? If I don’t show myself and make no effort to understand the other, how can I ask others to do the same?

It is an illusion that an organisation can be in control. You can only work with people you can trust. To do this, you need to learn how to effectively let go and work with people who are capable of doing so. That is my conviction.