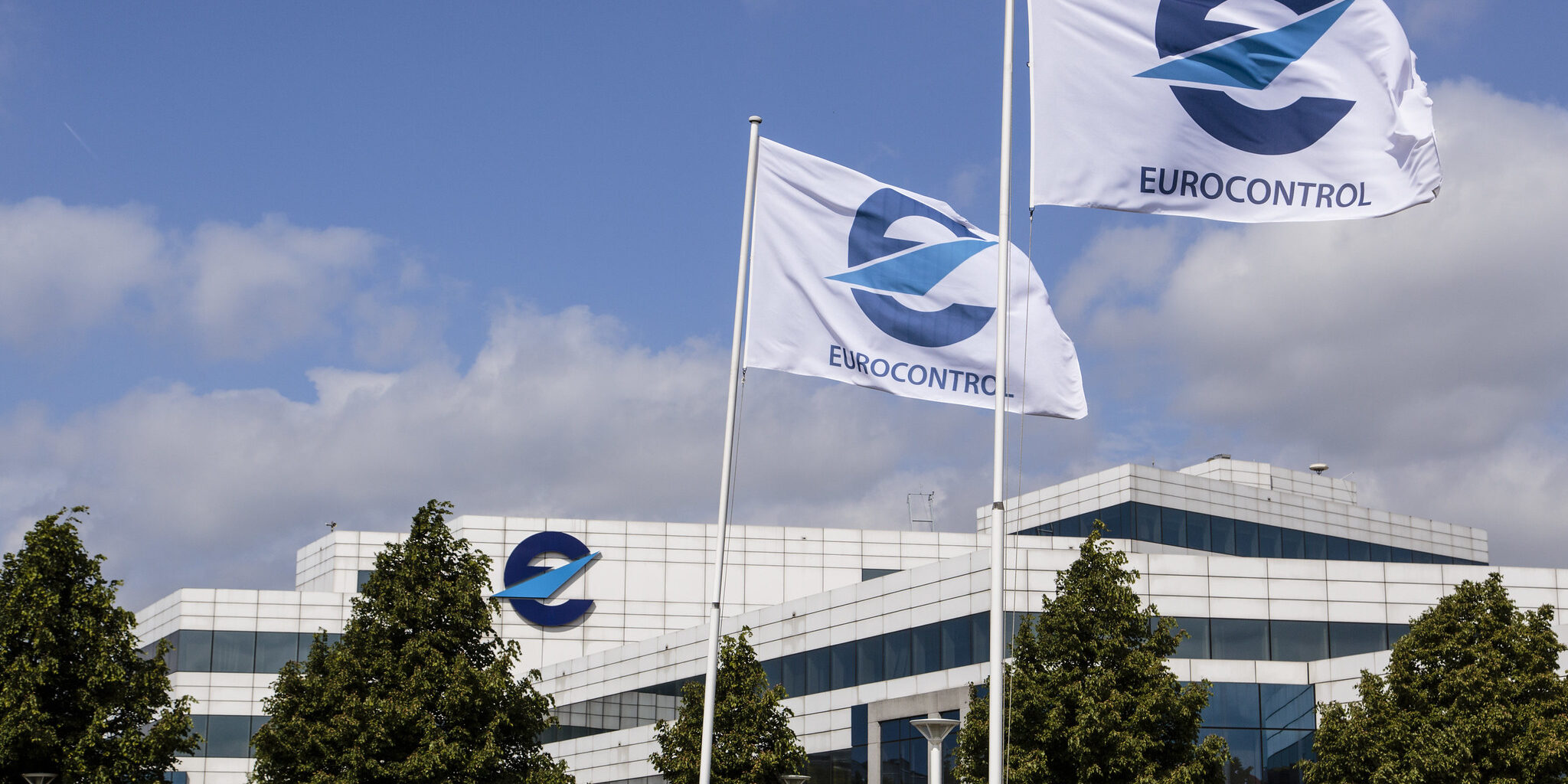 The Maastricht Upper Area Control Centre (MUAC) manages the upper airspace between 24,500 and 66,000 feet above Belgium, the Netherlands, Luxembourg and Northwest Germany. It is one of Europe’s busiest and most complex airspace areas. It is also one of the best performing and most cost-effective air navigation service providers in Europe, and the only cross-border civil-military service.

John Santurbano joined EUROCONTROL in October 2017 as Director of MUAC and decided to bring about a culture change and define core values that will long outlive his mandate. Read part 1 of his story here.

The Engagement and Innovation (E&I) team is the starting point for culture change at MUAC, and the leadership is responsible for implementing it.

A Bridge to Culture Change

MUAC director John Santurbano originally set up the Engagement and Innovation team out of frustration. “I noticed that we had a lot of individual characters, very competent, very intelligent but not always working as a team. The indirect consequence was a growing lack of innovation in an organisation that traditionally thrives on it.

Bert-Jan ter Hofte and Rogier Offerhaus of the consultancy People Change, who have an established track record of guiding a number of high-profile companies and organisations through improvement, change and transformation, explained that innovation starts with engagement, and only then does it lead to culture change.

“I told them that if this executive leadership group can work together, we can make something of it and then we can work on the culture,” says John Santurbano.

The People Change coaches began working with a group of 13 executives, including John Santurbano. Using the People Change scan, an online tool they developed themselves, they were able to quickly diagnose the mindsets and change capabilities of MUAC leadership and a select group of employees. Using an effective and clear system of six colours to represent the different attitudes of the participants, the People Change scan measures values, change capabilities and how they fit within the organisation. It shows what skills people already have that are suitable for the desired change and indicates how they will behave under pressure. Individual results can be combined into a team profile and the scores of all employees together form the results for the organisation as a whole.

“We worked quite intensively on the personal development of the group in monthly sessions and in one-to-one sessions using the scan,” says Bert-Jan ter Hofte of People Change. “The great thing is that we can measure the starting point with the scan and then measure the development later. Fortunately, we could see changes taking place.”

An online questionnaire asks roughly 40 questions and takes 20 to 30 minutes to complete.

The scan makes it easier for predominantly technically minded people to embrace the change process. “Asking yourself how you can change is very abstract, and this makes it measurable,” says Bert-Jan ter Hofte. Head of Air Traffic Management Development Peter Hendrickx is enthusiastic: “I am an engineer by trade, and over the years I have learned that these soft skills models are really impressive,” he says.

The colour purple in the People Change scan indicates a tribal elder, red is the sign of an autocrat, blue is bureaucratic, orange indicates a strategist, a green result indicates a coach, and yellow characterises a visionary.

“I am a yellow/green guy,” reveals Peter Hendrickx. “Yellow is innovative, out-of-the-box, dreaming, and green is people-oriented,” he says. “My blue is almost non-existent because it has to do with processes and my red, in normal circumstances, is almost nil. Under stress, my red goes up, but my green also goes up, which means you pull the group together and you become more determined about what you want from them.”

Maurice Van Noppen, a senior manager in MUAC’s technical systems unit, says there were tensions at the top management level with people “often stuck in territory conflicts” until John Santurbano set up the E&L team. Then bridges were built and people started working together. “In that respect, something was achieved at MUAC that I had never seen in the 28 years I have worked here,” he says.

“There is now a management tendency to no longer avoid difficult conversations and discussions and that in itself is a good evolution.”

Bert-Jan ter Hofte reports: “People who used to be rather antagonistic towards each other started to work together, which had not been seen before.

Peter Hendrickx agrees and describes a stalemate between himself and a colleague that had lasted for 17 years and had a negative impact on the attitudes of the people working with them. As a result of People Change’s coaching within the E&l leadership team, he says they have changed their way of thinking and now work together and value each other.

“What the colleague didn’t like about me is that I change my mind, and changing my mind was seen as not being honest,” says Peter Hendrickx. “But I change because I got a better idea, and I think my colleague now appreciates that because now he understands why I changed my mind. And the other way round, I also appreciate my colleague’s actions and way of thinking better.”

John Santurbano says the scan has helped because people no longer see others as potential enemies, but instead try to put themselves in each other’s shoes.

Rogier Offerhaus of People Change acknowledges that John Santurbano “had the courage” to work on and develop leadership and culture change, stating that “not many public sector organisations would dare to do this”.

MUAC is a leader in this area, he says, and “an example to other public sector organisations that have traditionally focused only on structural change, rather than investing in leadership and cultural change”.

John Santurbano says change is needed to help MUAC meet its obligations to develop its knowledge and capability, embracing potential new roles in an innovative way to meet the requirements of the European Commission’s Single European Sky initiative.

The E&l executive leadership team has since expanded the use of the People Change scan and members have learned how to use the scan and interpret the results themselves – around 100 people at MUAC have taken the scan.

“I asked all the people in my unit to do the scan,” says Peter Hendrickx. “It helped them appreciate each other.”

Personally, he says the biggest change for him is that he is happy to go to work again. “It’s easier to know that controversial things can and do be discussed, and that we come to a conclusion that everyone respects. So we really are a team. You might not like something personally, but we respect the team point of view and the team is more important than the individual. So I think we are a much more effective and stronger organisation than we were before.”

Operations manager Nick Miller agrees that there is now more cooperation and a more positive spirit, with people using terminology that doesn’t offend anyone, and there is an understanding of differences between them. “People are not changing their basic makeup or who they are, but are better able to understand others,” he says. “We now have a clear strategy and are able to discuss priorities between different programmes and different areas. We are more aware of the bottlenecks, what should be prioritised and where we need to add resources. I think we are achieving much more together now than in the past.”

“People Change has done the impossible,” states Peter Hendrickx. “We had a very hard time as a group because they really pushed us as individuals.”

The experience was certainly not “a walk in the park”, says head of change management Bart Vandersmissen. “It was very stressful, but I would now say it was worth it. This reform is a drastic change and what we see now is a very cooperative spirit in which we can discuss conflicts openly, focusing on interests instead of positions – which was not possible before. It has taken a year and a half to get to this point – for a cultural change, that’s fast!”

This article is from ‘Seeds of Change, enhancing leadership and implementing cultural change at the Maastricht Upper Area Control Centre’ by EUROCONTROL and is reproduced in two parts with permission. Read here Part 1 Changing the future at MUAC