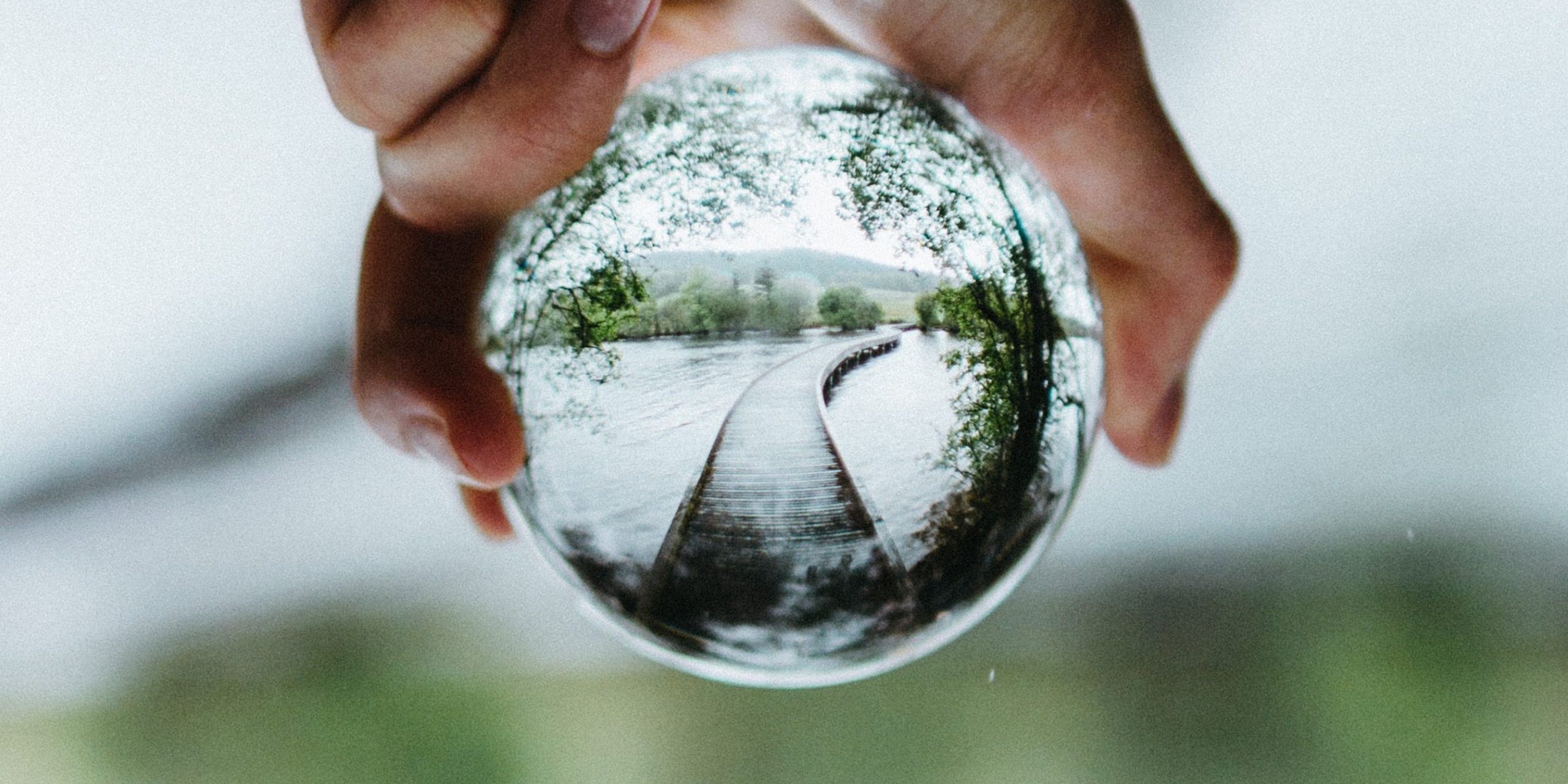 The power of the mind

From chemistry to alchemy, from lead to gold

Organisations that want to survive must transform and people make the organisation. These are two facts that hardly anyone disputes, but few draw the conclusion that follows: anyone who wants to transform their organisation must start with the people.

Petra Groot helps people who want to transform themselves. Who want to bring their self-awareness to a higher level. So that they become powerful and flexible. And so that transformation becomes anchored in the core of the organisation.

The year is 1880. The world is under the spell of progress. The spirit of the Enlightenment is palpable. Quite literally, because Thomas Edison obtains the patent for the light bulb. Mary E. Bradley Lane, however, has her head somewhere else. In Mizora to be precise: a utopian, self-sufficient society, where the (exclusively female) inhabitants transform the chemical elements of beef into synthetic citizens, ‘a more efficient way to get meat than fattening animals’.

Lane’s thoughts were not only in another place, but also in another time: in 2013, Dutchman Mark Post presented the world’s first lab-grown hamburger. It had taken 133 years, but Lane’s revolutionary vision had become a reality. The moral of the story? Dare to dream. 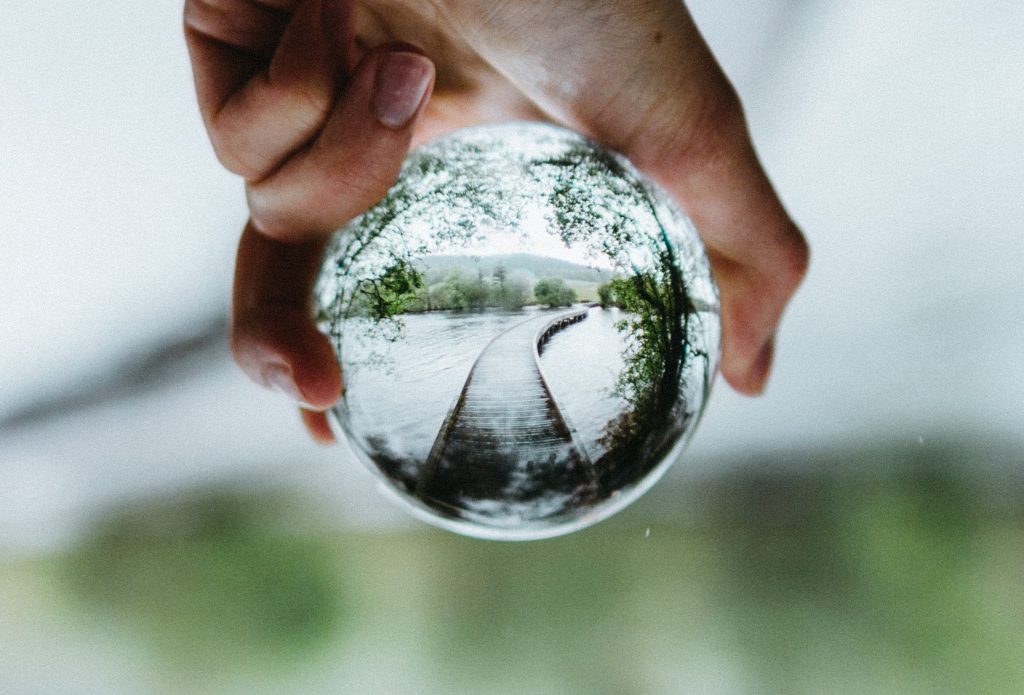 In the previous part of our conversation, Petra talked about how a powerful mind is able to make a vision materialise into reality – not by jumping on top of it, but by taking a step back. Within companies, however, dreaming alone proves difficult enough: “There, we are so used to doing everything from the ratio that we quickly get stuck in the impossibilities of what is, instead of forming a powerful vision of what could be”, Petra concluded the conversation.

From fantasy to reality

How different it is for writers like Lane. They can think up whatever they want without worrying about feasibility. This does not mean, however, that their inventions always remain fiction. From Jules Verne to Star Trek, the examples of fantasy becoming reality are endless.

What if we could bring some of that open-minded creativity to business?

“The rational thinking that prevails within companies mainly tells us why something cannot be done: ‘it is too difficult, it is too expensive, it takes too much time’. So we’ve kind of lost the ability to imagine,” Petra explains. “But in a time when innovation is necessary for survival, the art of imagination is more important than ever for companies – after all, every innovation starts as a fantasy.

Rationality is often equated with realism. However, one of the most heard lessons of the past year shows that it is often closer to pessimism. “For years, companies balked at further digitalisation and the new way of working. But when corona left no other choice, it suddenly turned out to be possible within weeks and also to offer many advantages. Wouldn’t it be nice if such transformations could take place just as smoothly without the need for a global crisis?”

Petra hammers home a point that is often overlooked: while reason is always considered essential for progress, it can actually be a hindrance. It can get in the way of vision – and vision is the most important building block of progress.

“There are plenty of rational people,” Petra explains. “What distinguishes the bringers of earth-shattering progress is their vision: their ability to imagine a different world, and their belief that they can actually bring it about. It is no coincidence that people like Leonardo da Vinci and Steve Jobs are hailed as visionaries, not rationalists.”

It is their power that Petra wants to unleash within companies. “Of course these are unique talents. But imagine if you managed to capture even a small piece of their way of thinking – that your employees don’t cling tenaciously to what is, but wonder what could be.”

The world as a sandbox

Petra helps clients with this by having them make a vision board. “On it, they visualise a future they want to realise for themselves. Perhaps even more importantly, I show them that we are all co-creators of this world: the universe is one big sandbox. In it, we all make things happen and together create the world of tomorrow.

In the digital age, this creation is more accessible than ever. “You can build your vision very quickly, and change it or take it down again. In this sense, the digital world bridges the gap between fantasy and reality: you no longer write with words, but in programming language. With that language you no longer create books, but whole new worlds.

It can be objected that these are still virtual worlds, but who can deny today that you can conquer the real world with them? “Look at the technology giants: Google Facebook, Amazon and so on. They are so powerful that governments are at a loss, but what makes them so powerful is nothing but ones and zeros: it is all virtual.”

Such titans beautifully illustrate the potential of a powerful vision, but it is important to realise that even the most modest vision can be very valuable. And that a vision can be about literally anything – not just a new product or service, but also a different business or organisational model, a more efficient way of working, a way to reduce stress or whatever.

“This is essential,” Petra emphasises. “Vision is not just something for the boardroom. It is for everyone. A vision for the future can also be something small, such as ‘a pleasant cooperation with that one colleague with whom I cannot get along at the moment’. Compared to “the next iPhone”, this may seem insignificant, but think how important it is for someone to be able to work well with colleagues. And then imagine what it means when everyone in the organisation thinks like that – when employees don’t resign themselves to ‘that’s just the way things are’, but believe that things can be better and want to actively work on that.”

This also provides the all-important link between the individual employee and the company vision. “The challenge companies face is of course much greater than simply devising a new strategy. Any manager can tell you that getting the employees on board is at least as difficult. Once they see the power of a strong vision – they see themselves as co-creators of their world – resistance is suddenly not so common. Then you create an organisation in which transformation becomes part of its DNA.”

In this way, many small changes together can create a true revolution. It is this idea that is expressed in the name People Change: every sustainable change starts with the people.

“If people develop personally, the organisation can also develop”, summarises Petra, “that is what we stand for. Everything I do is in line with that: making people aware of their own thought processes, so that they see how they create their own world view. Helping them to master their thoughts and focus their energy, so that they become powerful in spirit. And so that they can form their own vision for the future and make it materialise in the world.

Petra is only too aware that not everyone is open to such a personal development process. And that is completely fine. “Of course it is an illusion to think that you will always get the whole organisation on board. But even if you only manage to inspire a part of it, that is already worth a lot. The people we do manage to touch automatically become ambassadors, so that even after we’ve gone, the ideas continue to spread through the organisation like an unquenchable fire.”

Every fire does need a first spark, and Petra sees it as a great honour to be allowed to play the role of fire starter. “I want to awaken something in people. Whether they accept everything I tell them is not important to me. What matters to me is that they become curious, start questioning the things they automatically assume to be true. That they don’t allow themselves to be limited by how things are now, but always continue to ask themselves what else is possible: ‘Wouldn’t it be cool if…’ If I succeed in doing that, my mission is accomplished.”

Already want to start with your own development or that of your organisation? Contact Petra via petra@peoplechange.nl.