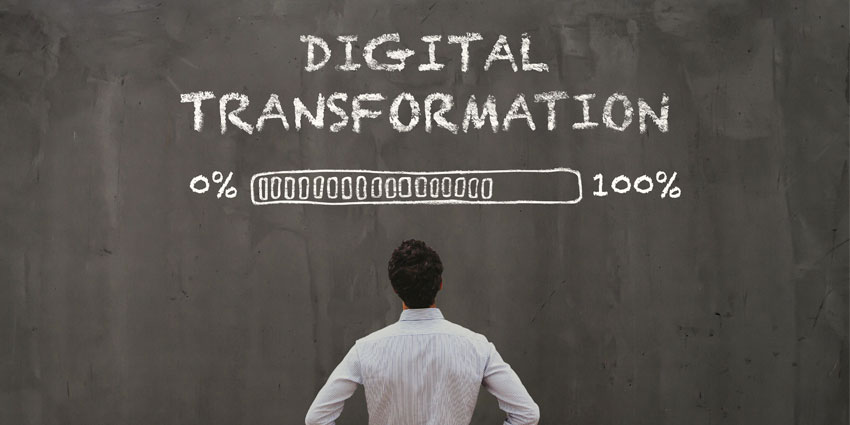 Winning in the age of transformation

These are hard to deny facts with which we are constantly bombarded. Managers are listening more and more: digital transformations are the rule rather than the exception and data analytics are used massively in order to steer by hard figures instead of gut feelings.

But why then is the third cliché still true? – why do transformations continue to fail? Especially given the fourth cliché – those who don’t transform die out – isn’t it important for companies to transform successfully? And if they are driven by hard numbers, why do they still fail to achieve their transformation goals?

Discover and unleash the power of change that already exists in your organisation.

The answer is simple: the clichés may have landed by now, but they are still not seen in sufficient context. You can deploy the most sophisticated data analytics tools to meticulously depict the current state of affairs, but if you need to continuously transform, that is no longer sufficient: what you need is a means to make the transformation itself measurable.

This is what the People Change Scan was developed for. It is the only scan that maps out an organisation’s power to change in detail. It shows how much change an organisation can handle, which change style can best be applied and who within the organisation is best suited to lead the change.

Broadly speaking, you can distinguish three types of change within organisations. Firstly, gradual change. This involves working step by step to improve the current state of affairs. Think of increasing sales or removing everyday bottlenecks in the work process.

Second, transitional change. This involves replacing the current way of working with something new. The goal is already completely clear prior to the change. Examples are a reorganisation or the implementation of a new IT system.

Finally, there is transformation. It is this form of change that inspires the most fear. Why? It is the most radical of the three. At the beginning, you never know exactly where you’re going to end up. You do start with a global objective, but only gradually will you discover in what way it will take shape.

What you do know is that the new situation in which you end up is so different from the old that people and culture will have to change along with you. The road to this new state is accompanied by uncertainty, chaos and even decay. The transformation is necessary because the old doesn’t work anymore, but that makes the road to the new all the more challenging. Think about moving to a completely new business model or developing an innovative product.

The problem for organisations is – you guessed it – we live in the age of transformation. Companies must continue to transform because business models today have an extremely limited shelf life. Whereas thirty years ago companies had to rebuild an entire factory for the next big step forward, innovations are now virtual: a code is written and there is yet another completely new product.

The difference between a transitional change and the ongoing transformation that companies face today can be compared to the difference between climbing a mountain and winning a sailing race. Reaching the top of a mountain is not easy, but the position of the top is known and will not change during the climb. There is a path to the top and those who keep following it will reach their destination.

In a sailing race, everything is different. You are in the middle of the open sea, which is constantly moving so the boat moves with you. You are propelled by the wind, which can turn at any moment. There is no mapped-out route for you to follow. You plot a course, but because everything is constantly changing you have to keep adjusting it over and over again. Amidst these circumstances you are also involved in a race: you have to stay ahead of your opponents.

It is this sailing race in which companies are competing today. They move within a stormy business landscape in which they must be able to adjust continuously. It is not for nothing that agility – or agility – is such an important theme today. In a way, the situation of companies is even more precarious than that of the racing sailor. For where his race ends in safe harbour, that of companies goes on forever.

From fear to potential, from obstacle to strength

In this eternal race, many companies are not even trying to win anymore. They are satisfied as long as they are allowed to compete – they struggle to survive. But is survival what you get out of bed for every day? Transformation has become so feared that the bar has been lowered to a very low level: entrepreneurs who once would have conquered the world are now content with their company still existing a year from now.

Transformation has become something to keep up with. You would almost forget that it was once seen as a positive thing – as a potential to slightly remake the world according to your vision. The People Change Scan helps organisations to rediscover this potential. So that transformation is no longer something to be feared, but rather the force that drives your organisation forward.

The scan focuses on the most valuable asset of each organisation: its people. However, when it comes to transformation, they are suddenly seen as the biggest obstacle. Almost every manager will tell you that the main problem in a change process is to get the employees on board.

People Change believes that employees can be the driving force behind any transformation, provided they are empowered to do so. However, people usually do not know how to deal with major changes. That is why it is so important to map this out clearly first.

That’s exactly what the People Change Scan does. Employees answer 40 questions in 20 to 30 minutes. Based on these answers, the scan explains in detail how they and the organisation as a whole view change.

The scan takes into account the fact that everyone is different and can contribute their own qualities to the organisation and its transformation. To get a complete picture, the scan measures various dimensions of someone’s change potential.

First, the preference for change: do you prefer professional growth, or more personal development? Second, the mental flexibility: which hemisphere is dominant, your rational left hemisphere or your creative right hemisphere? Third, the growth curve: how do you deal with the different stages of a change process?

On the basis of these parameters, an overall picture is then compiled that shows how someone can best transform himself: which approach to change suits someone best?

By combining the change results of individual employees, in the next step the scan also creates this insight at team and organisational level: which change characteristics are dominant within the teams and the organisation? Once this is clear it becomes very easy to choose the right change path.

Know where you begin

In this way, you know exactly where you stand before you start the transformation. Based on this, a change plan can then be drawn up that fits in with the current organisation and the potential it holds.

For example, the scan may reveal that the goal you had in mind was far too ambitious: you cannot expect a thoroughly bureaucratic organisation to suddenly become self-managing. Based on the results of the scan, a new, more realistic goal can be formulated. For example, a more results-oriented organisation may be within reach.

Moreover, the scan not only tells you which goal is feasible for you or your organisation, but also what is the best way to get there. It shows which change style – step by step, transitional or transformational – has the most chance of success and which employees can best take a leading role in the change.

Providing insight into the organisation’s potential for change is such a logical first step that it is hard to imagine that most change projects skip it. They simply start without knowing whether and how the goal can be achieved. Then, a year later, people complain that the results are so disappointing.

From the existing to the new

The pitfall they fall into should be clear by now: organisations know that transformation is the new normal, but do not act accordingly. They apply the usual methods to something fundamentally new.

This is perhaps most obvious in the way the transformation is managed. Because the managers are in charge of the organisation, they are automatically in charge of the change process. But managers traditionally focus precisely on managing the existing, not on creating something new. The fact that you are good at keeping the store running does not at all mean that you are also good at leading a transformation.

How different is it when you measure in advance which employees are best suited for that? Then you are already ahead before you have started. If you have also determined whether the change goal is achievable and which change style suits your organisation best, that never-ending sailing race is suddenly no longer so terrifying.

Of course, the ongoing transformation facing the 21st century organisation remains challenging. In fact, many will find it an impossible task – not everyone is cut out for an endless sailing race.

The great thing is that they don’t have to. That’s the point of the People Change Scan: it identifies the people in your organisation who are up for the challenge – who want to get into the boat and have the skills to win the race.

This does not mean that the rest will be left behind forever – the new business model or product must ultimately be supported by the entire organisation. Before the other employees move to the new situation, however, the path has already been mapped out by the pioneers.

For the group of followers, the transformation has in fact become a transitional change: the final goal and the route are fixed. And while they arrive at that final goal, the group of pioneers is already starting the next transformation. Because the cliché is still true: change is the only constant. But for organisations that know their power to change, this is no longer a problem; it is a fact that they use to their advantage.