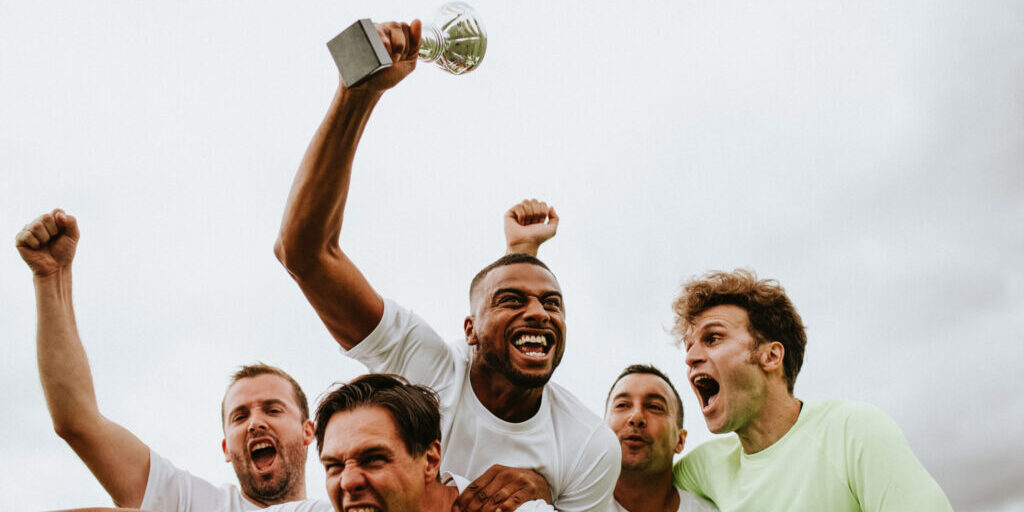 After years of close calls and second-place finishes, Belgium’s national hockey team was determined to finally secure a championship victory. With the help of high performance leadership expert Rogier Offerhaus (a partner at People Change), Belgium managed to build a ‘high performance’ team, and has since, as the first Belgian Team, become both World and European Champion.

Following successive final defeats in the Olympics and Hockey World League, the men of Belgium’s national hockey team might have been thinking that they would never be able to win a final. Fortunately for the squad, there was to be no further repeat of the heartbreak experienced in the Rio Olympics in 2016 or the Hockey World League of 2017, as the former nearly-men of global hockey secured titles in the Men’s Hockey World Cup in 2018 and the European Championship in 2019.

According to Adam Commens, the high performance director of Belgium during their journey to victory, changing the leadership & team’s culture was key to breaking through that final barrier to claim trophies. Yes, the team needed to nurture players’ technical abilities and provide them with the best facilities, but their coaches also needed to be able to connect with them, to build their mental strength and enable the team to thrive on the biggest stages of their sport – especially as Belgian hockey had not seen such success in 30 years previously.

Performance based on personal development

Speaking to in a recent webinar, Commens said, “As a high performance director, my job is all about accelerating people’s development. It all comes down to who you are, knowing yourself, being conscious about your strengths and weaknesses. When I work with hockey coaches they quite often were really interested in improving tactical knowledge, conditioning, data analysis, or so on.”

“Notably, they were rarely interested in looking at what makes them who they are, why they are strong in certain areas, or why they connect better with certain players. That’s personal development rather than professional development. Knowing that, coaches could connect and understand with the individuals they worked with – and that was key in the step from silver to gold.”

“We used each other’s different strengths and experiences at the right times to connect with our team.”

To help facilitate this change, the Belgian Hockey Federation teamed up with People Change – a consultancy specialising in leadership, team and organisational transformations. Commens was keen to find an analytic programme which could provide a base for mental and mindset development – but was wary of the rigid structure many conventional personality tests had.

In contrast, he saw major potential in People Change’s more fluid People Change Scan and Method – which he believed could help unravel how people experience life and hockey as individuals, before using that to build better tactics, communication techniques, and resilience among both coaches and players.

Commens explained, “It is a tool which highlights where you are, but also tells you how you can develop. You can use it for the development of each of your coaches, and work out how you can put together a staff that will get the best out of your team.”

Used by leaders at the highest levels in boardrooms for business change, the People Change Scan is designed to better understand change processes and to prepare people and processes for the change(s) to be implemented. The scan functions as an extensive thermometer that is put into the organisation, asking everyone involved in the change process more than 40 questions.

These questions look at all aspects that are important for successful change; culture, strategy, structure cooperation, commitment, willingness to change and more. By carrying out the scan in the most important layers of the organisation – leadership, teams, and even customers – an integral picture of the desired development and the steps to be taken is created.

In the case of building the Belgium hockey coaching team, this method helped highlight the strengths and weaknesses of each member, showing which area of coaching needed reinforcing with another team member. Shane McLeod, the former head coach of New Zealand, is a “real connector,” for example, with Commens stating that his building of relationships with players is key to his management style – but also meaning he is not the person who will give a hard message to his players.

For that, the team has Michel van den Heuvel – a successful Dutch coach – and Craig Fulton, who coached Ireland at the last Olympics. Meanwhile, scientist Mick Beunen serves as a physical trainer, and Commens himself works as the high performance director.

Speaking on how these insights has helped engineer a team to coach for success, Commens said, “We have a fantastic diversity in the staff, and we are convinced this creates a competitive edge. Not only do we have three coaches, but we all work together and use each other’s different strengths and experiences at the right moments to connect with our team – rather than having a group of people with similar mindsets, who speak the same ‘language’ and tend to not push each other to new heights.”

To build in this cycle, the team organised “really robust discussions after some games, debriefing together, or talking during the match – and analysing what we got right or wrong.”

He continued, “At the same time, we can use each of our strengths to connect with the players in any given moment. If we need someone to sit with a player, ask him how he’s feeling, give him trust and belief we put forward Shane. If we need a coach to give it to them more direct messages we tap Michel. When we talk about a long-term vision of the team, we use myself.”

In relation to players, meanwhile, Belgium deployed the People Change Scan to help understand how their players would respond to pressure. By determining what drives them under stress, the coaches could plan for the best way to get top performances from the players. For example, those who were more driven by results or success would respond best to tactical conversations.

In a steady state, this was the most common mindset of the team. However, people’s mindsets can shift in moments of pressure, and the People Change Scan helped to prepare for this, by showing that in those moments, some players would need different input to respond.

When behind on the scoreboard, these individuals might want less of a tactical message, and more of a powerful or direct one. By being aware of which coaches are best suited to the players’ mindsets in any moment, the team were able to coordinate who would step in and when, on their road to victory.

The success the Red Lions have built on the back of the People Change Scan & Method has seen the technique steadily adopted by the sporting community. The webinar hosted by People Change featuring Commens was attended by some 150 football coaches in the Benelux, looking for insights into how performance could help them improve their coaching and on the pitch performance.

Rogier Offerhaus, who developed the scan and is Managing Partner of People Change, has over the past months trained 50 coaches as part of the NOC-NSF Olympic Coaches programme, and individually trained 10 coaches for Olympic athletes. He works with all the coaches and players of the Belgium men and women hockey team.

This article was first published on consultancy.eu