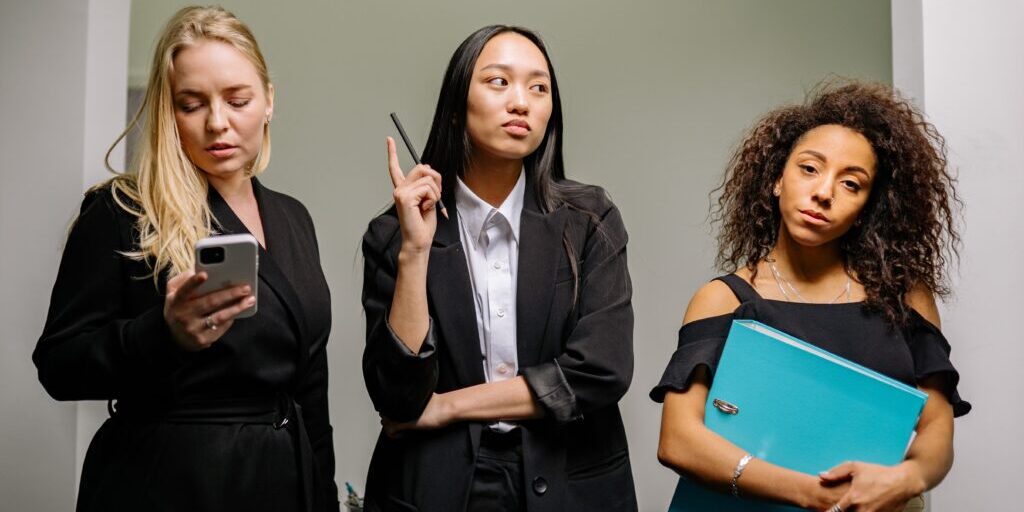 Leaders love numbers. This is only logical – anyone who has to manage a large organisation would rather do so on the basis of hard information than vague gut feelings. In that respect, CEOs, managers and other administrators can have fun nowadays. From customer needs to process efficiency and from market expectations to optimal pricing – in the data-driven information age of the 21st century, it can all be analysed and quantified, until the relevant figures are beautifully visualised on one clear dashboard.

However, not everything is so easy to capture. We regularly receive calls from companies that are not performing as well as hoped. They have tried and tested just about everything, but just can’t seem to put their finger on the problem. The reason they come to People Change is that we specialise in a topic that escapes the many data analysis tools, but is crucial to the functioning of the organisation – you guessed it: the culture.

In recent months, this often-neglected topic has suddenly been in the limelight. The Tax and Customs Administration’s benefits affair, the scandals at The Voice and Ajax and many other high-profile issues – although these often involve the misconduct of a few individuals, everyone agrees that it is too easy to dismiss the events as coincidental incidents: the misconduct could never have continued for so long within an open corporate culture in which people feel safe enough to raise the alarm.

Nevertheless, these remain, of course, extreme excesses. However, they do expose the vulnerable nature of a corporate culture: it is often very difficult to get a good picture of the culture within one’s own organisation – certainly as a manager. Even when there is no fear culture, it is often quite exciting for employees to speak out about things they do not like.

The cost of disengaged employees

It is all too easy (and tempting) for organisations to assume that ‘everything will be fine’. Reality, however, shows a different picture. Recent research by Gallup reveals that around seven out of ten employees worldwide are struggling rather than thriving in their overall lives. Eight out of ten feel uninvolved in their work, or have even actively dropped out. The cost of the associated loss of productivity is estimated by Gallup at just under 10% of global GDP, or over 7.3 trillion euros.

As the Dutch, we should count ourselves lucky: here, three quarters (76%) of employees feel that they are prospering rather than struggling with life – one of the highest percentages in the world. Surprisingly, however, this does not go hand in hand with high employee engagement: this is only 12% here. In other words: almost nine out of ten Dutch employees do not feel involved in their work, or have even actively left it.

Gallup has not calculated how much money the Dutch economy loses as a result of this, but if a 20% involvement results in a 10% drop in GDP, it is clear that this is an astronomical amount. Although it is not easy to quantify the individual corporate culture, Gallup’s research shows that a sub-optimal working environment translates into significantly lower profits. Working on a pleasant and inspiring culture is therefore not only in the interest of the employees, but also of the company itself.

This brings us back to the companies that come to us. They see exactly the same thing, only from the opposite starting point: business results are disappointing, and they cannot pinpoint the cause. That is where we help them, by looking at the one element that escapes the usual data analyses.

For this we use the People Change Scan. This scan, developed by ourselves, offers a unique model to make the normally elusive aspects of an organisation tangible, and provides tools to initiate the desired change.

This last point is one of the most important aspects that distinguishes the People Change Scan from other culture scans: these can often provide some insight into the existing culture, but offer no picture of the desired culture and certainly no path to get there.

The employee, the culture and the match between them

How does the People Change Scan reveal all these elements? The basis is simple: using our online tool, we simply ask the employees a number of questions. However, it is essential that the answers to the more personal questions remain secret – from everyone, including us.

This allows the employees to be honest about how they view their work and their colleagues: How satisfied are they with their manager? What do they think of the team they work in? And do they feel that they want to do this work for a long time?

The answers to these questions remain secret, but they are expressed in a person’s People Change Score, a number between 0 and 10 that expresses the extent to which the employee feels at home in the current organisation.

To arrive at this score, many more indicators are taken into account. With the help of pictures and keywords, employees are asked to choose the structure and culture that best describes their current organisation: for example, is this primarily a bureaucratic culture, a profit-driven culture or a more people-oriented culture?

Then the employees indicate in which type of organisation they would feel most at home. If there is a big difference between the existing and the desired culture, a person’s People Change Score will drop.

Various other questions are also asked to determine the state of the organisation’s culture and the way in which the employees relate to it: What mindset are you living with? What is asked of you in your role within the organisation? How would you describe your current emotional state?

Crucial to all these questions is that we don’t look at the answers in isolation (some of them we can’t even see), but rather at the relationships between the answers: Are there discrepancies? Does a person’s mindset fit the culture? Can an employee deliver what is asked? One answer or discrepancy does not say much, of course, but when combined, all the indicators paint a revealing picture.

However, that image in itself is still only one piece of the puzzle: after all, an individual employee does not say everything about the shared culture. However, all the pieces of the puzzle together do. That is why the individual results are aggregated to arrive at a score for a whole team, a whole department or even a complete organisation.

From that score, you can quickly see how the culture is doing. If the combined People Change Score is lower than 6, you automatically know that a lot is going on within the group of employees under investigation. In addition, the results together show which culture is currently dominant and in which culture the employees would prefer to work.

In short: all important indicators about one employee are revealed again at a higher level. Of course, this is an average – a group is not an individual – but in addition to the shared score, there are also the individual scores, so that each employee and their preferences continue to count for themselves.

From the current culture to the desired one

Of course, the shared score is not the end of the matter: it merely outlines the starting point and an indication of the desired end point. The individual and shared results of the scan can be seen as the diagnosis that forms the starting point of a discussion about the future of the team, the department or the organisation. Together you determine what the desired end point is, and getting to that end point is what ultimately matters.

The road ahead is often not an easy one – building a new culture is very different from simply rolling out a new software system. However, the People Change Scan offers two valuable insights into this challenge.

First, the scan is based on a model that describes personal and collective development of consciousness. This means that the cultural development of a team, department or organisation can be seen as climbing a staircase step by step.

This is what makes our scan different from others: because we understand the different steps and their mutual relationship, we know which steps have to be taken to move from one culture to another.

At the same time, this allows us to account for the magnitude of the challenge: we will tell a highly bureaucratic organisation that wants to make the step to a people-oriented network organisation in one go that this goal is unrealistic – these two cultures are simply too far apart and smaller intermediate steps will have to be taken.

For the second important insight, we return to the individual scans. They allow us to make a good assessment of which employees can take the lead in the journey towards the desired culture. After all, you can’t and won’t force a cultural change on an organisation – employees have to be open to it.

That is why we only work with employees whose mindset is closely aligned with the desired culture, and who enjoy the trust of their colleagues. Together, they form the coalition for change, which can be seen as the seed of the new culture. They function as ambassadors of that culture, so that it gets the chance to nestle within the rest of the organisation.

This new culture can start small – within one team, for example – and then spread bit by bit. Team by team, department by department. Because ultimately culture remains something that has to develop organically. Something that needs to be nurtured long-term in order to become and remain strong.

However, this does not mean that, as an organisation, you are at the mercy of the culture that is currently in place. The next step can always be taken, and we are happy to help get the change underway. With data-driven insight into culture and an eye for the intangible component that always lurks within it. So that people work together more pleasantly and business results improve.